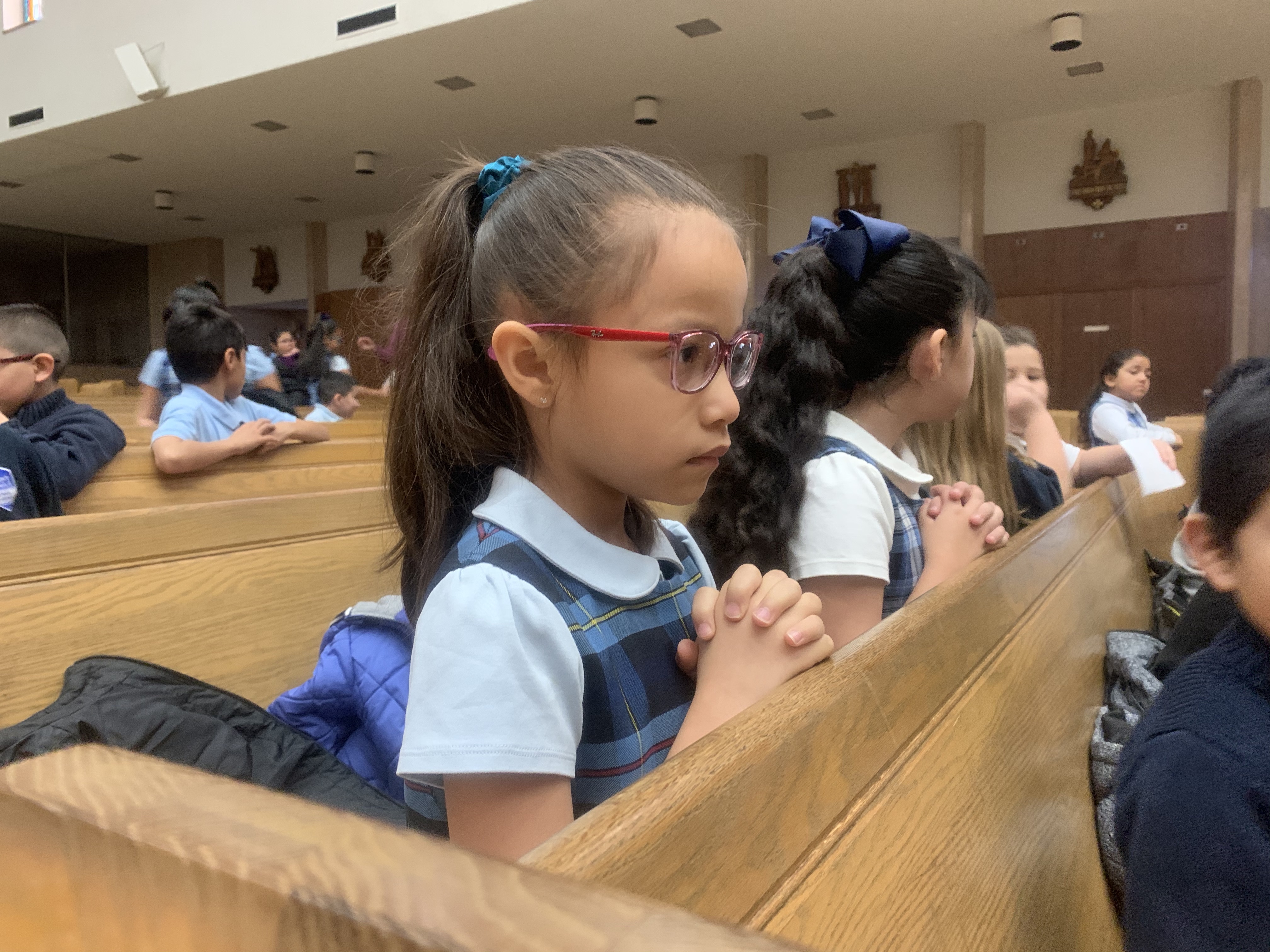 The Mission of Catholic Schools in the Rockford Diocese is to ensure that the person of Jesus Christ is proclaimed, learned, experienced and lived by students in their homes, their classrooms, their parishes, and in their communities at large. We pursue the development of the whole child through spiritual, academic, and physical formation; working together with parents, clergy, and parish communities. The ultimate goal of the educational process is to form dynamic, responsible and service-oriented adult Catholics who participate fully in the sacramental life of the Church and are empowered by their love for God and desire for eternal salvation.

Pope Saint John Paul II Catholic Academy, in partnership with the parents, strives to enrich the lives of our greater community through prayer, academics and service. Following the traditions and teachings of our faith we are called to emulate a life of spirituality.

The administrators, teachers, and support staff recognize the dignity of all children and embrace their uniqueness in learning. We take responsibility to offer an education that will provide opportunities for each child to grow spiritually, morally, intellectually, socially, emotionally and physically. Our students will acquire skills they can use with confidence and competence to continue learning and serving throughout their lives.

As the students are empowered in their role as members of our faith community and of our diverse society, they will be responsible in their decision making and in their actions. They will demonstrate respect for all God’s creation. They will be resourceful in promoting justice and peace in their relationships and activities.

Strengthening Catholic Education in the Diocese of Rockford was and is the goal of the Faith Forward Strategic Planning process for schools, begun over two years ago all over the  11-county diocese.

Finding solutions to maintain the high quality of Catholic education in schools around the diocese, and to do so in a cost-effective way for parishes and parents, was the goal identified in the plan.

Some Aurora area Catholic schools have found a creative solution to meet that goal.

The Diocese of Rockford, with the Aurora Task Force Committee, announced Jan. 29, the creation of a new school, Pope St. John Paul II Catholic Academy, starting in the 2018–19 school year.

The decision is a result of the Faith Forward Strategic Plan, which outlines objectives and goals to strengthen Catholic education throughout its 11-county region. Financial and spiritual support of the new school will come from seven Aurora area parishes  including Our Lady of Good Counsel, St. Joseph, St. Therese of Jesus, St. Peter, Sacred Heart, St. Nicholas and St. Mary’s.

“We are excited about the collaboration between these seven parishes in Aurora and the opportunity to build the best Catholic educational experience for our students,” said Michael Kagan, superintendent of schools for the Catholic Diocese of Rockford.

The Rockford Diocese has not been immune from the issues facing so many Catholic dioceses and private schools in Illinois which include declining enrollments due in part to declining overall population, and declining Catholic populations and a duplication of services in some areas.

The Aurora Task Force Committee, which includes pastors, principals, Parish Council, Education Commission and parish and school Finance Council members, has been meeting since early June, 2017 to develop a plan for a thriving Catholic education program on the southeast side of Aurora.

The decision choosing the two campuses was made after a thoughtful process which included facility assessments of all four schools to evaluate the ideal locations based on size, structure, current and anticipated maintenance needs, amenities like spacious gymnasiums and other variables.

The school will prepare students for faith-filled lives of purpose by offering a global curriculum that integrates new learning technologies and focuses on teaching students to identify and solve real-world problems with collaboration, critical thinking, communication and creativity.

“This process has been long, but the end result is going to be amazing,” said William Father Etheredge, chair of the Aurora Task Force Committee. “We are confident the opportunities provided by the new school will equip our students with a strong foundation in the Catholic faith and the necessary skills for future success.”

“While we recognize this announcement may be a difficult change, it should also be seen as an exciting new chapter. Closing schools is an all too-easy solution. Being creative and building for the future takes time, effort and vision. People in Aurora can take pride in the way they have chosen to come together and meet the challenges not just for today for the future as well,” Kagan said.

How to Apply Academic Program A Day in the Life School Improvement Plan Want More Information?
Why Catholic Education?